Sin deceives us in many ways.

Here are six ways that sin deceives us.

1.It makes us to believe that it is Satan who has made us to sin.

Yet the Bible is very clear that ‘’each one is tempted when he is drawn away by his own desires and enticed .

13 Let no one say when he is tempted, “I am tempted by God”; for God cannot be tempted by evil, nor does He Himself tempt anyone. 14 But each one is tempted when he is drawn away by his own desires and enticed. 15 Then, when desire has conceived, it gives birth to sin; and sin, when it is full-grown, brings forth death.

2.Sin make us to believe that we cannot control it,that it has power over us.

This is a lie from the pit of hell.

12 Blessed is the man who endures temptation; for when he has been approved, he will receive the crown of life which the Lord has promised to those who love Him.

Temptations will definitely come our way,but we don’t have to fall for them.

When Eve was told a lie by the serpent,and she had a choice to do as the serpent told her or to do God’s will.Instead we see Eve being tempted to eat the delicious fruit and finally making a wrong choice by disobeying what God had told them.

6 So when the woman saw that the tree was good for food, that it was pleasant to the eyes, and a tree desirable to make one wise, she took of its fruit and ate. She also gave to her husband with her, and he ate. 7 Then the eyes of both of them were opened, and they knew that they were naked; and they sewed fig leaves together and made themselves coverings.

A good example of enduring temptation is given by Joseph when he was managing potiphar’s household.

Joseph was a very handsome young man and potiphar’s wife admired him.She wanted more,she wanted Joseph to lie with her but Joseph refused telling her that he couldn’t because she was potiphar’s wife. 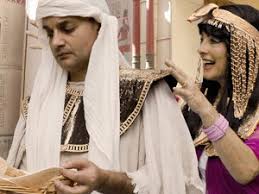 Potiphar’s wife persisted in pursuing Joseph and could not give up.

10 So it was, as she spoke to Joseph day by day, that he did not heed her, to lie with her or to be with her. 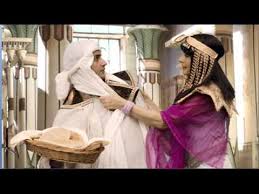 Eventually she held Joseph by force,but Joseph fled and ran away. 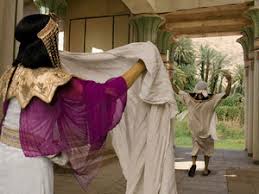 She then twisted the story to her husband,who immediately sent Joseph to prison.Later on,we see that God opened a way,and Joseph came out of prison.

It is better to run away from temptation,even if it will take you to prison,than to fall into temptation and commit a sin.When you commit a sin it is not easy to walk away from the consequences as we see in King David’s story in 2 Samuel 11-15.

King David was chosen and annointed by God.After sinning in 2 Samuel 11,We see that he could not talk freely with the Lord as he used to do,and the Lord was also not free to talk with him,that is why the Lord  sent Nathan the prophet to speak to him.

4.Sin makes you to be messed up.

King David had a great testimony of how the Lord delivered him from the lion and the bear and definately,Goliath,the uncircumcised Philistine.God had raised him up from being a shepherd to being Israel’s annointed King.God had blessed him with many children.But this story of him and Bathsheba just brings another ugly picture of him and changes his story.He now became the adulterer and murderer.

5.Sin makes us to believe that what we are doing is private,that no one is seeing,that it is just between you and the other person.

But we will see in the passage below,that sin is not private,and it brings public embarrassment.

King David saw Bathsheba bathing,he was tempted to lie with her.He already had many beautiful wives but he still desired Bathsheba.If I were him,I would have run away at this stage,but instead we see David making inquiries about her.He discovered that she was Uriah the Hittite’s wife.At least he would have excused her for being someone’s wife.  Instead he sends for her to be brought to his palace,lies with her and eventually kills her husband.Then he made her his wife.

Although David was King of Israel and he was not answerable to any man,God knew what he had done and was not pleased with him.The Lord sent Nathan the prophet to King David with the following words;

7 Then Nathan said to David, “You are the man.Thus says the Lord God of Israel: ‘I anointed you king over Israel, and I delivered you from the hand of Saul. 8 I gave you your master’s house and your master’s wives into your keeping, and gave you the house of Israel and Judah. And if that had been too little, I also would have given you much more! 9 Why have you despised the commandment of the Lord, to do evil in His sight? You have killed Uriah the Hittite with the sword; you have taken his wife to be your wife, and have killed him with the sword of the people of Ammon. 10 Now therefore, the sword shall never depart from your house, because you have despised Me, and have taken the wife of  Uriah the Hittite to be your wife.’ 11 Thus says the Lord: ‘Behold, I will raise up adversity against you from your own house; and I will take your wives before your eyes and give them to your neighbor, and he shall lie with your wives in the sight of this sun. 12 For you did it secretly, but I will do this thing before all Israel, before the sun.’”

13 So David said to Nathan, “I have sinned against the Lord.”

And Nathan said to David, “The Lord also has put away your sin; you shall not die. 14 However, because by this deed you have given great occasion to the enemies of the Lord to blaspheme, the child also who is born to you shall surely die.”

6.Sin makes us to think that we can walk away after the act free and run away.

When Adam and David sinned,God removed them from his presence and punished them with hard labour and painful birth.This was not only for them,but was generational.

From Kind David’s example above we later see that he and his family suffered the consequnces.Sin actually keeps us in bondage,and we are never free unless we repent and turn away from sin.

The sin of sexual immorality had entered the family.His son Amnon lusted after his sister Tamar and raped her.

The sin of murder also followed the family.Absalom,King David’s son murdered his brother Amnon for raping his sister Tamar.

Absalom was later killed by the sword when he tried to overthrow his father from leading Israel. 2 Samuel 18

Are you a victim of being deceived by sin?

The only way to avoid sin is to flee/run away when you are tempted.

What if you are suffering from the consequences of sin?

You need to repent.
This means asking the Lord to forgive you and you turning away from your sins.The blood of Jesus Christ is the only thing that can wash away your sins and make you clean.It doesn’t matter how big/deep your sins are,God is able to change you as we see in the following passage.

We have just finished the 3rd week of studying 2 Samuel.We still have two weeks to go. You can still catch up with us very fast.
This journal is recommended,but its optional.

When studying your bible you may want to highlight using the following colours.At Good Morning Girls,we have meanings for different colours.We recommend this practise,because as you highlight,you spend more time on the word of God,thus you meditate more and the word is able to stick in your mind.

These are the highlighters I use:

We will begin the book of Romans on 12th June.The Roman journal below is available on Amazon.

2 thoughts on “The Deception of Sin.”